THE IDEA - After having been a very small part of operation 'Stroomversnelling / Stromschnellen' on april 17th, it became time for me to create a bigger OP on my own.

With the above mentioned idea in mind, i created OP 'Hit Them Up High' and preparations could start.

The anchors were ofcourse slightly tactical chosen in the big field, anyway not easy to reach. The Dutch Anchor in Gorssel was a portal near a ferry at the river de IJssel. From the other side of the water, you couldn’t reach it and to get to the portal by car, you would have to walk the last 600 meters. The portals in Steinfurt are located on the Buchenberg (mountain) and the portals are usually not on the trail. So here also needs to been done quit a bit of effort to reacht them. The third anchor, Emlicheim and Schoonebeek were relative easy to reach, but the advantage was that there is a pretty big distance from the bigger cities in Twente.

The keyfarming started and with a month to go, there was no reason to worry about the time.

A few weeks later there were a few hickups with the key exchanges, but a day before execution the last keys were on the right place.

THE EXECUTION - From 11.00 AM we started with the first cleansweeps. The area for the first fields were cleaned first ofcourse and it went pretty smooth. The portals in Neuenhaus were prepared a few days before by agent wsnieders, so there was nothing to do there.

After all blocklinks were removed fielding started around 13.25 PM.

The big field had startup problems. The path to the portal in Gorssel was literally flooded so agents @headcrawler and @mcdwid were there for nothing. Now it became exciting...

After good improvasation from intel operator @iooryz fielding started from the other portals.

After a small disappointment, the fields were up at 15.35 ! And 3 people upgraded their illuminator badge. Mission accomplished !

Thanks go out to all the participants: 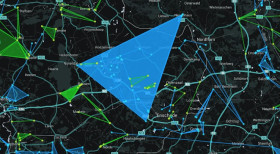 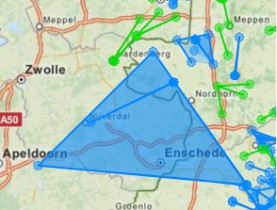 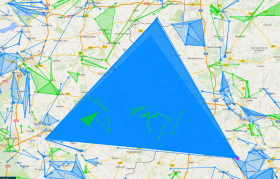 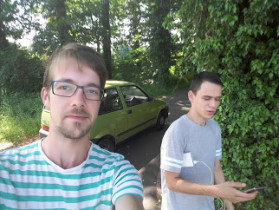 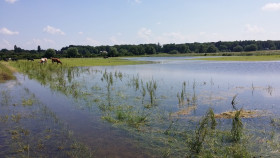